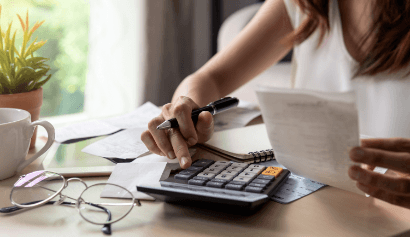 If there is one common theme I hear from Idahoans as I travel the state, it is their concern with the size of the federal budget and the impact our nation’s debt will have on future generations. I couldn’t agree more, and believe getting our fiscal house in order must be the first priority of a Congress. That is one of the reasons why I am an original cosponsor of H.J. Res. 22, which would amend the U.S. Constitution to require a balanced budget. I also support reinstituting true pay-as-you-go (PAYGO) budget practices in Congress so that any spending increase in one area must be paid for with a spending decrease in another area. These are the kinds of budgetary practices American families and businesses have to live with every single day and there is no reason why Congress shouldn’t live by them as well.

For years, I have advocated that Congress pursue a “go big” approach to deficit reduction that would find at least $4 trillion in savings by putting all options on the table. This would include deep cuts to yearly discretionary spending, serious proposals to reform our tax system, and most importantly, lasting reforms to our mandatory spending programs.

Congress has successfully tackled one of those three challenges—reforming our tax code. Congress has also cut more than a trillion dollars in discretionary spending in the last several years. Many of these decisions were made by me and my colleagues on the House Appropriations Committee. But those two things alone will never solve our national debt crisis.

Addressing the growth of mandatory programs is the final challenge that Congress will need to tackle to address our fiscal health. It is the main driver of our debt and deficits, and it is also the most difficult to take on. Cutting or even eliminating all discretionary spending only has a small impact on the growth of government, since mandatory entitlement programs take up two-thirds of the federal budget. In FY16, mandatory spending was 69% of our total spending while all other spending that Congress controls (including the Departments of Defense, Agriculture, Justice, Health and Human Services, Energy, Interior, Transportation, State, and others) totaled 31%. If left unchecked, by 2040, those numbers will grow to 81% mandatory and 19% discretionary. To put that in historical context, in 1965 and those numbers were 34% mandatory and 66% discretionary.

Americans have spent their working lifetimes paying into these mandatory programs, and growth like this is unsustainable. The fundamentals are simply not working anymore, as only 2.9 workers pay into Social Security for every one beneficiary (as opposed to 159 workers per beneficiary when the program was set up in 1940). Social Security trustees have recently said that the Social Security trust fund will be insolvent by 2034. Every proposal that I have ever supported to update or reform these programs would preserve these benefits for current beneficiaries, and save it for future generations that are currently at risk of not receiving these benefits.

The longer we wait to address these issues, the more difficult they will be to solve. As I have said time and time again, I stand ready to work with any colleague who is willing to take on the tough issues that are busting our budgets year in and year out, which unfortunately have gone ignored for far too long.

As a member of both the House Budget Committee and the House Appropriations Committee, I will continue pushing for a balanced budget amendment, true PAYGO reform, and real budget reductions as components of a overall strategy to get our federal budget under control and set the course for aggressive economic growth.