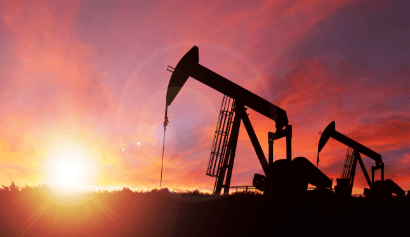 While I share the concerns of many Americans about climate change, I am also concerned about the overreaching and ambiguous nature of the Green New Deal. For example, I was very concerned to hear the lead sponsor of the legislation, Representative Alexandria Ocasio-Cortez (D-NY) say that the plan would transition off nuclear and all fossil fuels as soon as possible. I’ve said for years that I don’t believe you can seriously talk about addressing climate change without talking about nuclear energy. Nuclear energy is 100% carbon free and currently supplies more than half of our nation’s carbon free energy.

I am also concerned about the cost of the Green New Deal and the potential impacts on our economy if we shift away from affordable energy sources before new energy sources are ready to come online. Most economists agree that the plan lacks details to assign it a specific cost, but the price tag could be as much as 93 trillion dollars according to one source. At $93 trillion, the Green New Deal would cost more than the entire recorded spending of the US since the Constitution went into effect in 1789. Compare that to a more contemporary number, the World Bank estimates the global gross domestic product at $81 trillion. On top of that, this debt is built on a premise that insults hard working Americans by guaranteeing a living wage even if you are “unwilling” to work. If someone is getting a deal here, it is not the taxpayers.

I recognize that there is consensus among most policy makers that we must develop clean, alternative fuels in order to curb the amount of greenhouse gas (GHG) emitted into the atmosphere. As Ranking Member of the House Energy and Water Appropriations Subcommittee and a member of the House Interior and Environment Appropriations Subcommittee, I have long been a supporter of renewable energy, and in Idaho we certainly understand the importance of it through geothermal in Boise and the incredible research and innovation with nuclear energy technologies at the Idaho National Lab.

Instead of creating a host of government mandates and forcing consumers to foot the bill for these regulations, I support using technology, incentives, and innovation to move our economy to more sustainable, independent energy sources. I believe that to do so we must look at all the options, including renewable energy, nuclear energy, and domestic oil production, and be realistic about how that transition can and should occur.

These are real problems, and they must be addressed in a common sense, thoughtful way. I look forward to the debate in Congress.