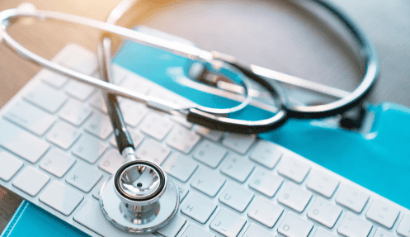 Getting You Quality Health Care

Obamacare was signed into law in 2010. Since that day, the United States health care system has been negatively impacted by increasing premiums, fewer choices in coverage, and lower quality in the care we receive. In fact, according to their latest “report card,” the American College of Emergency Physicians lowered the nation’s previous C- rating to a D+, indicating that access, quality, and injury prevention and preparedness scores are declining as Obamacare adds more pressure on the system. Now we have Democrats saying Obamacare was just the first step to a government run single-payer system.

That is why I have considerable concerns with recent suggestions to move to a completely government run healthcare model some have called “Medicare for all.” While some people say this is a good idea, I have deep concerns given the government’s recent history with the Veterans’ Health Administration (VHA) as a model of a single-payer system. The revelations of 6 month wait periods for veterans to receive care is not only a grave misdeed to our service members we are forever indebted to, but it is a warning sign of the pitfalls associated with a single-payer system. In fact, a bipartisan solution to fixing the VHA has been to offer more choices to veterans to seek care.

Government run healthcare also creates significant challenges for doctors who typically depend on private insurance market reimbursements to stay in business because often Medicare bills at a lower rate for certain services. The last thing we should be doing is creating less incentives for doctors to practice medicine at a time when the Association for American Medical Colleges predicts a physician shortage of more than 100,000 by 2030.

I also have concerns with the costs surrounding government run health care proposals. One estimate shows that Senator Bernie Sanders’ (I-VT) plan would cost $32.6 trillion over 10 years. With a national debt exceeding $21 trillion and the Medicare trust fund having the potential to be depleted by 2026, the prospect of expanding Medicare to every individual in the country could likely result in financial ruin for our country and ultimately no one having access to health coverage.

That being said, everyone knows that we must pass comprehensive Medicare reform to make it a fiscally sustainable program in which all seniors have access to the best possible health care and make it so physicians can afford to provide that care. I believe we must do it in a transparent and honest manner so all Americans will know how the true cost of the decisions made in Washington will impact the long-term fiscal future of our country.

We also need to spell out what policies will improve the overall health insurance market and bring down costs. When Republicans were in the majority of the House in the 115th Congress, there were several efforts to improve health care, including a repeal of Obamacare and a comprehensive replacement plan aimed at providing more choices and access to affordable care.

Another such reform I supported is the Small Business Health Fairness Act, which would allow small businesses to join together to offer coverage through association health plans, thus providing another option for purchasing health insurance and creating competition. The legislation also passed the House with bipartisan support of 236-175. The House also addressed medical malpractice (tort) reform by passing legislation that establishes a $250,000 cap on non-economic damages (pain and suffering damages) and provides for limits on the contingency fees lawyers can charge. The Congressional Budget Office estimates the bill would result in $50 billion in federal health care cost savings.